Double typhoon has less impact on the rubber market

Typhoon "Lotus" No. 10 of 2015 landed in Guangdong on July 9. No. 9 typhoon "Can Hong" went straight to the coast of Zhejiang and Fujian. From the night of the 10th to the morning of the 11th, it landed on Fuding, Fujian, and on the coast of Xiangshan, Zhejiang Province. 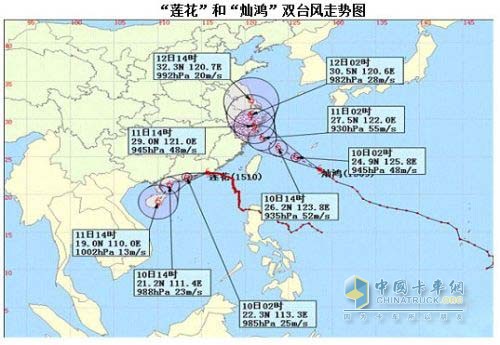 Affected by the double typhoon, between the 10th and the 13th, Fujian, Shanghai, Jiangsu, and other places will experience heavy rainstorms successively. They are Taiwan, Guangdong Southeast, Fujian North and Southeast, Zhejiang, Jiangsu South Central, and Southeast Anhui. Heavy rain.

The main planting areas of the global natural rubber are distributed in the Southeast Asia region, while China, as the major producer of natural rubber, has formed the advantaged natural rubber planting areas mainly in Hainan, Yunnan, Guangdong and Guangxi, and their respective annual production accounts for the national total output respectively. At 48%, 47%, 4%, and less than 1%, Hainan Province ranks as the largest natural rubber production base in China. It has the largest area for rubber production and annual production. However, it is located in the high typhoon area in the South China Sea and is subject to geographical conditions. The July-September regular meeting was threatened with a reduction in production due to the typhoon. This year, the typhoon still visited China's rubber-producing area of â€‹â€‹Hainan as scheduled.

Recently, the most noticeable is the "Lotus" and "Can Hung" double typhoon, from the rubber market alone, in the rubber price sluggish, the parties to boost the effect is not obvious, plastic gluing enthusiasm is not high, plus the early stage Due to high temperature and low rainfall, which caused a certain degree of production cut, whether the industryâ€™s â€œdouble typhoonâ€ will have an impact on the rubber production in Hainan will be of particular concern. Analyst Wang Kaifu understood the situation and analyzed it.

According to the above chart, although the "Chang Hung" typhoon has come under threat, it does not have a route to Hainan, but it has caused continuous rain, strong winds and other effects on Fujian, Jiangsu, Zhejiang and Shanghai. The main area of â€‹â€‹influence of the â€œLotusâ€ is the sea surface of the northeastern part of the South China Sea, but it has no direct impact on the land in Hainan. Although it invaded the Guangdong region, taking into account the small amount of natural rubber planted in Guangdong Province and the low yield, its production volume to Guangdong Limited impact.

After a false alarm, the "Lotus" and "Can Hong" twin typhoons did not cause significant damage to Hainan's rubber production this year, and it is difficult for the entire rubber market to have a greater impact.

Buy truck parts, on the Taobao stalls, multiple discounts waiting for you to take! Http://NewDrain.html

Single Head Hydraulic Machine is for making solid silicone rubber products, according to the pressure of the machine, we have serveral types, 30T, 50, 63T, 100T. Controlled by intelligent PLC , with many functions, like pre-heating, curing time stting, up and down temperature setting, etc. As to reduce the environmental damage, we found silicone silicone industrial, it is environment protection and no harm to human, it is the best choose.